The Effects of Flushing Pharmaceuticals

Pharmaceuticals contribute many positive outcomes to the healthcare process. Among other values, they can decrease pain, fight infection and improve a patient’s physical and/or mental health and overall wellness.

In a 2017 report, the Centers for Disease Control and Prevention (CDC) cited that 3.8 billion prescriptions are written annually. However, other healthcare researchers such as IQVIA have found that in 2016, over 6 billion prescriptions were written in the U.S. alone. What can be agreed on is that there are billions of medications being dispensed to patients each year and the number of pharmaceutical options and patients is growing.

Download our infographic to learn more of the adverse consequences flushing can have on the environment and our drinking water.

Get the Info Sheet 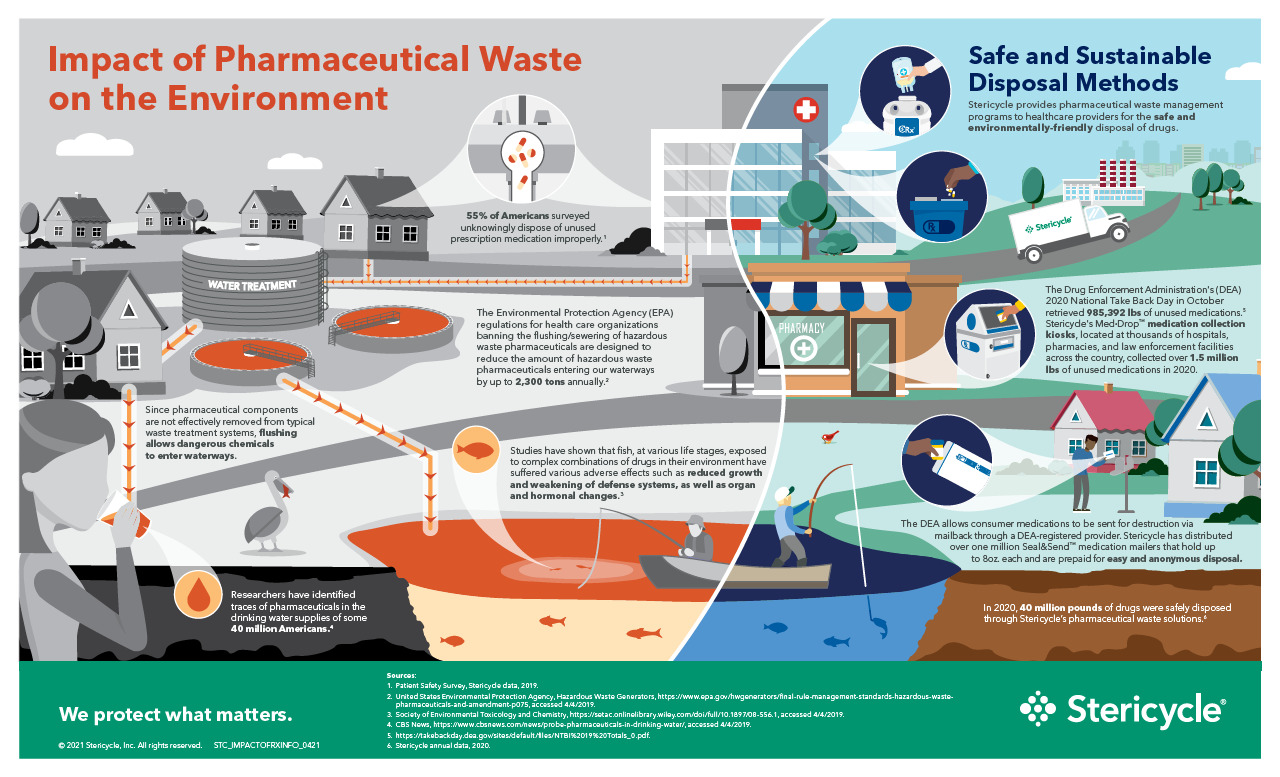 Receive Stericycle’s latest content, including news and regulations on how you can maintain business compliance.

You have been added to our email list and will receive communications periodically.

Contact us today for a free, no obligation quote.